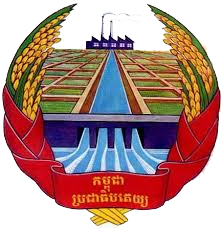 Kampuchea Krom was the southernmost territory of the Khmer Empire. It was known for some time as Cochin China, and is now located in the southwest part of Vietnam, covering an area of 89,000 square kilometers. Cambodia appears at the north, the Persian Gulf to the west, the Southern Chinese Sea to the south and the Champas Territories to the northeast. Prey Nokor, later called Saigon or Ho Chi Minh City, was one of the most important commercial cities in Kampuchea Krom.
Despite its regional links and close relations with the people living in Cambodia, the Khmer Krom territory was incorporated by Vietnam in 1949, instead of Cambodia. As a result, the People of Khmer Krom are viewed in Vietnam as the Khmer and in Cambodia as Vietnamese. In addition, during Ngo Dinh Diem’s presidency (between 1955 and 1963), all Khmer names were changed to Vietnamese names, which altered the Khmer identity significantly. Vietnam, up to now, does not recognise the Khmer People as an indigenous people of the Mekong Delta.
For a long time, the Khmer Kroms have suffered widespread religious persecution, ethnic discrimination and abusive governmental policies that have taken away their ancestral lands. The Khmer People want their rights to be respected, as gathered in the Universal Declaration of Human Rights.
The Unrepresented United Nations Organisation (UUN) supports the Khmer Krom in its pacific search for the compliance of its rights. The Unrepresented United Nations (UUN) feels it is essential that the subject of an agreement for the lands claimed by the Khmer be an important point on the political agenda; in addition, the Unrepresented United Nations (UUN) deems it necessary that more attention be paid to the matters of religious persecution, violence and linguistic repression.
One of the most important organisations in this region is the Khmer Kampuchea-Krom Federation (KKF) that represents more than eight million Khmer Kroms around the world. They seek, using non-violent methods, recognition of the rights of indigenous peoples in Kampuchea-Krom, according to international agreements.
The Khmer Kroms will agree to become an independent State; they understand, however, from contemporary international realities, their best bet would be, for the moment, self-determination, starting with their own government, supported by the international community.