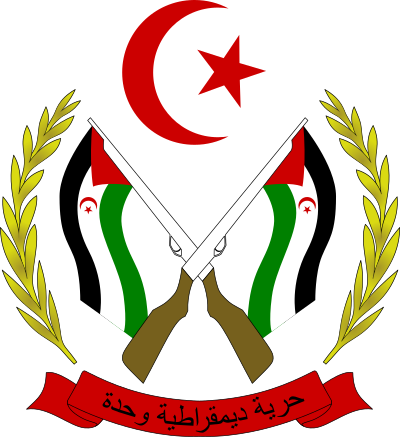 The Sahrawi Arab Democratic Republic (SADR) is a nation without a state, formed by the ancient province of the Spanish Sahara, which was annexed in 1976 by Morocco and Mauritania. This territory was then completely occupied by Morocco when Mauritania withdrew in 1979.
There is a wealth of minerals in the Western Sahara zone, such as several metals and oil, which are found in large open pockets and totally exploited by foreign companies in the area occupied by Morocco. Nonetheless, the greatest wealth comes from the abundant phosphate mines that the territory possesses.
The territory’s independence was brought up by the UN in Spain in 1967, but the dispute between Mauritania, Morocco and Spain over this territory impeded the progress of the discussions.
Spain signed the Madrid Agreements in November 1975 through which a temporary Tri Party Administration was constituted in the Sahara, formed by Morocco, Mauritania and Spain. The purpose of this Administration was the celebration of a referendum for self-determination, where the Sahrawi people could decide regarding their own future. Spain withdrew on February 26, 197 and the following day the self-proclamation of the Sahrawi Arab Democratic Republic was made.

Morocco and Mauritania have never been disposed towards recognising this Republic. Then the war came, between the POLISARIO Front (the main organisation representing the Sahrawis) and these two countries. In 1979 Mauritania renounced the part of that territory it had claimed, which was then annexed to Morocco. Since then, the Western Sahara has been a de facto territory administered by Morocco, even though the POLISARIO Front controls 35%.
The hoped-for referendum for the Sahrawi people’s self-determination has never taken place, because the Moroccan government has used, in many occasions, political pressure, the arrest of humanitarian activists and scare tactics against the Sahrawi that live in the territories occupied by King Mohammed VI’s troops.
The POLISARIO Front continues to demand the Sahrawi people’s right to self-determination. The SADR took part in the African Union Organisation from 1982 and, after the dissolution of that organisation the SADR became one of the founding members of the African Union.
The POLISARIO Front centers its efforts in encouraging the international community to recognise the SADR as an independent State. In addition, it is seeking to diplomatically recover the territories belonging to the Western Sahara snatched away by Morocco during the war. All of these aspirations clash with Morocco, a powerful country with many commercial interests in various nations, and which even resorts to blackmail to avoid – at all costs – a greater recognition of the SADR.