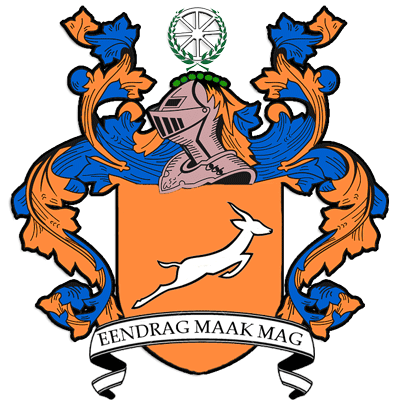 Orania is an Afrikaner people, located along the Orange River, in the arid Karoo Region, in the North Cape Province. Its population is completely Afrikaner. The people’s objective is to create a bastion for the Afrikaans and the Afrikaner identity, and to keep the language and culture alive. In addition, there is also the idea of preserving the people’s self-determination. Their own currency – called the “Ora” – is in circulation, as part of the initiative undertaken by the local bank institution, the Orania Spaar.
In December 1990, around 40 Afrikaner families, led by Carel Boshoff, the son-in-law of the ex-South African Prime Minister, Hendrik Verwoerd, bought the town for 200,000 USD. This occurred several months after the Apartheid laws were terminated and nelson Mandela was liberated from prison.

The town is a private property belonging to the Vluytjeskraal Aandeleblok Company. All jobs there, from the administration to manual jobs, are carried out by Afrikaners only. It is prohibited for non-Afrikaners to work in this site.
The main objective of Orania is to create an Afrikaner majority in the northern part of the Cape and to promote the construction of other similar towns. In the future, this will all lead to a independent Afrikaner state, between Orania and the west coast.
Orania has three residential areas: Kleingeluk (which means “small happiness”), Grootdorp (“large town”) and Orania Wes (“West Orania”). Agriculture is a fundamental part of Orania’s economy; even tough in recent times the tourism industry has had a rapid growth, with the construction of luxury spas next to the river and a hotel resort.