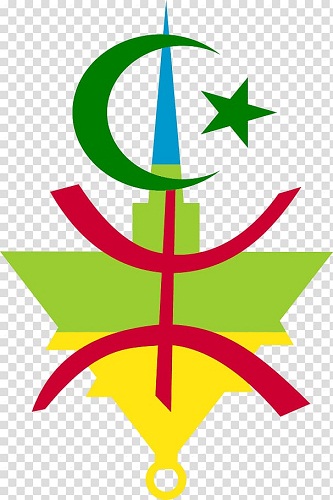 The Berbers or amazighs are an ethnic group in various nations; the majority are indigenous to northern Africa and some parts of northwestern Africa.

The Berbers live mainly in Morocco, Algeria, Tunisia, Libya, Mauritania, northern Mali, northern Nigeria, and a small part of western Egypt.
Shortly after their independence, around the middle of the XX century, the countries of North Africa established Arabic as the official language in the place of French, Spanish and Italian, As a result, the majority of the Berbers had to study and learn Arabic and they had no opportunities to  use their mother tongue at school or at the University until the XXI century. This may have accelerated the existing Arabization of the Berbers, especially in already bilingual areas, like the Chaoui from Algeria.

Although Berberism had its roots before the independence of these countries, it was limited to the elite Berbers. It only began to have results among the general population when the states of northern Africa replaced their European colonial languages with Arabic and they identified exclusively as Arab nations, minimizing or ignoring the existence and social specificity of the Berbers. However, its distribution continues to be unequal.

Responding to their demands, Morocco and Algeria modified their policies, with Algeria constitutionally redefining itself as an “Arab, Berber and Moslem nation”.
Now, Berber is a “national” language in Algeria and is taught in some Berber speaking areas as a non-required language. In Morocco, after constitutional reforms in 2011, Berber has become an official language and is now taught as a required language in all schools, regardless of the zone or ethnic origin.

The Berbers have reached high positions in the social hierarchy in all of Maghreb. However, the pro-Berbers who openly show their political orientations rarely achieve high hierarchical offices.
In Libya, the Berbers were a key part of the rebel forces that overthrew Muammar Gaddafi. In the Libyan civil war in 2011, the Berbers in the Nafusa mountains rebelled against the Gaddafi regime. In Mali, the Tuaregs, another Berber people, obtained weapons and declared independence in large areas to the north.