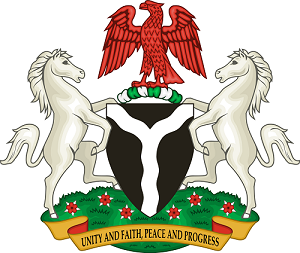 Bakassi is a peninsula in the Gulf of Guinea. It is found between the estuary of the Cross river, near the city of Calabar, in the western part of the Biafra inlet and the estuary of the Ray river, to the east. It is ruled by the Cameroon, after transferring from the sovereignty of Nigeria as a result of a sentence of the International Court of Justice (ICJ). On 22 November 2007, Nigeria’s Senate rejected the transfer, since the Greentree Agreement that granted the area to the Cameroon was contrary to section 12 of the 1999 Constitution. In any case, the territory was transferred to the Cameroon on 14 August 2008.
The ICJ issued its decision on 10 October 2002, finding (based mainly on English-German agreements) that sovereignty over Bakassi really belonged to the Cameroon. It instructed Nigeria to transfer possession of the peninsula; however, it didn’t require the inhabitants to change their nationality. Therefore, Cameroon received a considerable Nigerian population and was required to protect their rights, infrastructure and wellbeing.
The verdict caused consternation in Nigeria. The result of the controversy was a Nigerian negative de facto to withdraw its troops from Bakassi and to transfer the sovereignty. However, the Nigerian government didn’t openly reject the sentence, but asked for an agreement that offered “peace with honor, with the interest and wellbeing of our people”.

The sentence of the ICJ was backed by the United Nations, whose statute potentially allows sanctions or even the use of force to enforce compliance with the court’s sentence. The then Secretary General Kofi Annan intervened as a mediator and presided over a triparty summit with the presidents of the two countries on 15 November 2002, which established a commission to facilitate the peaceful implementation of the ICJ’s decision. Another summit was held on 31 January 2004.
The Bakassi leaders threatened to seek independence if Nigeria renounced their sovereignty. This secession was announced on 9 July 2006, as the Democratic Republic of Bakassi.
In 13 June 2006, President Olusegun Obasanjo of Nigeria and President Paul Biya of the Cameroon resolved the dispute in conversations led by Annan in New York City. Obasanjo agreed to withdraw the Nigerian Troops within 60 days and to completely leave the territory under the Cameroon control in the next two years. Annan said: “With today’s agreement on the Bakassi peninsula, an integral solution of the dispute is within our reach. The momentum reached must be maintained.