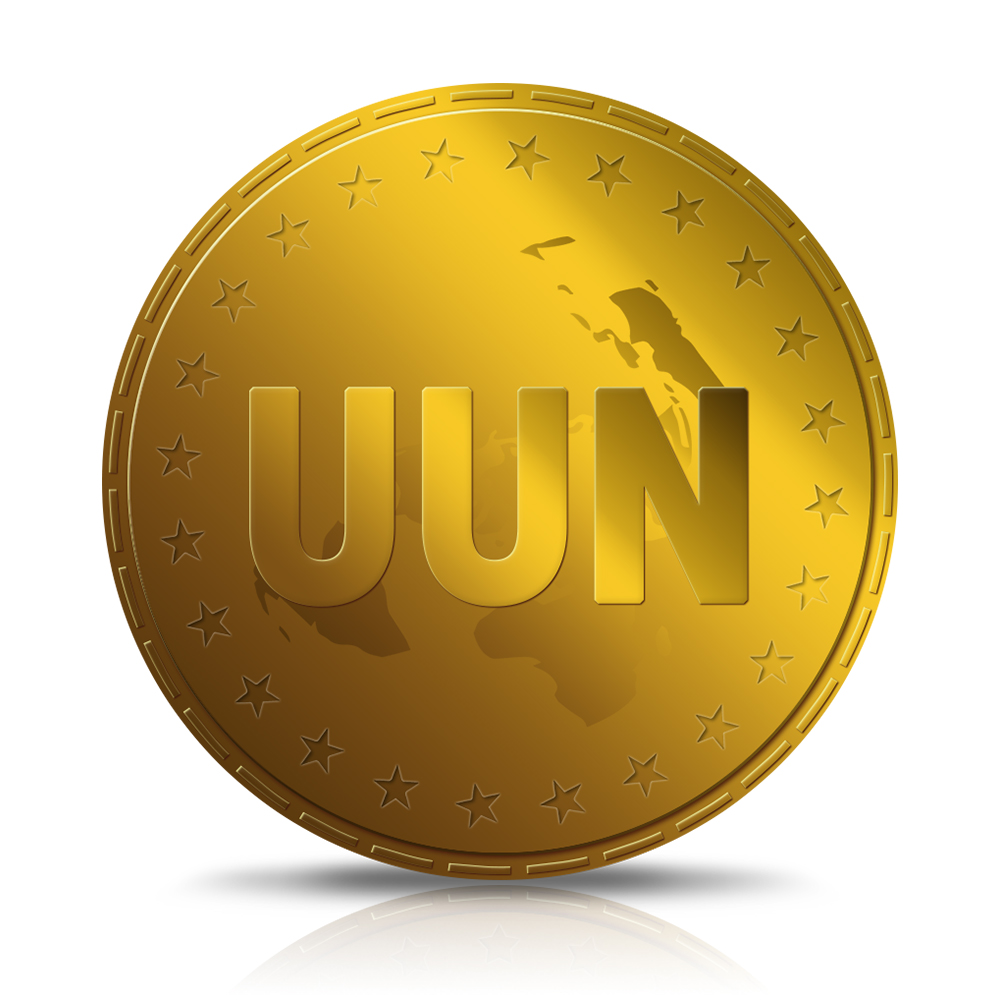 It is hoped that with Mondial Coin  (UUN) a global digital currency will be created with which everyone – even those without a bank – can make purchases of goods and services, or transfer money between users who use the same currency, easily and economically.

The objective of Mondial Coin is, therefore, that of creating a financial infrastructure in which tokens (the digital currency) can be used for completing a wide range of operations.

Mondial Coin will be managed and issued by the Unrecognised United Nations World Bank through the Mondial Foundation.

The Mondial Foundation is an Association constituted by the founding partners, but the number isn’t “closed”, and as time goes by new “partners” may be allowed.

The Mondial Coin will be issued by the Unrecognised United Nations World Bank and its value will be linked to a basket of international fiat currencies (USA Dollar, Euro, English Pound, Swiss Franc, Singapore Dollar, Japanese Yen and Canadian Dollar).

This way, contrary to Bitcoin and the principal cryptocurrencies based on the blockchain and their consent mechanisms like Proof of Work or Proof of stake and therefore subject to high price volatility, Mondial Coin will have a value that is fairly stable, with low risk of strong oscillations in price through time.

Moreover, the creation of a Mondial Coin Reserve is foreseen. This reserve acts as a sort of a lower value limit for the UUN.

The starting budget of money for the reserve will be initially furnished by the Foundation of the Mondial Bank and by its partners, but after that, all users who purchase UUN will contribute as an integral part of the reserve with their own investment.

The reserve, according to the project’s nature, will be used in low-risk activities that will yield interests with time. The income deriving from this interest will first go toward maintaining the Foundation’s operational expenses at the base of the project – to finance investments in the growth and development of the ecosystem, subsidies to nonprofit and multilateral organisations, engineering research, etc.

The Unrecognised United Nations World Bank will introduce a digital wallet that will allow management of transactions made with Mondial Coin. Using the wallet, integrated on Ethereum technology, every user can make purchases, send or receive money in all parts of the world (also using currencies different from the wallet’s), easily and instantly.