Annual report on pro-independence in 2020 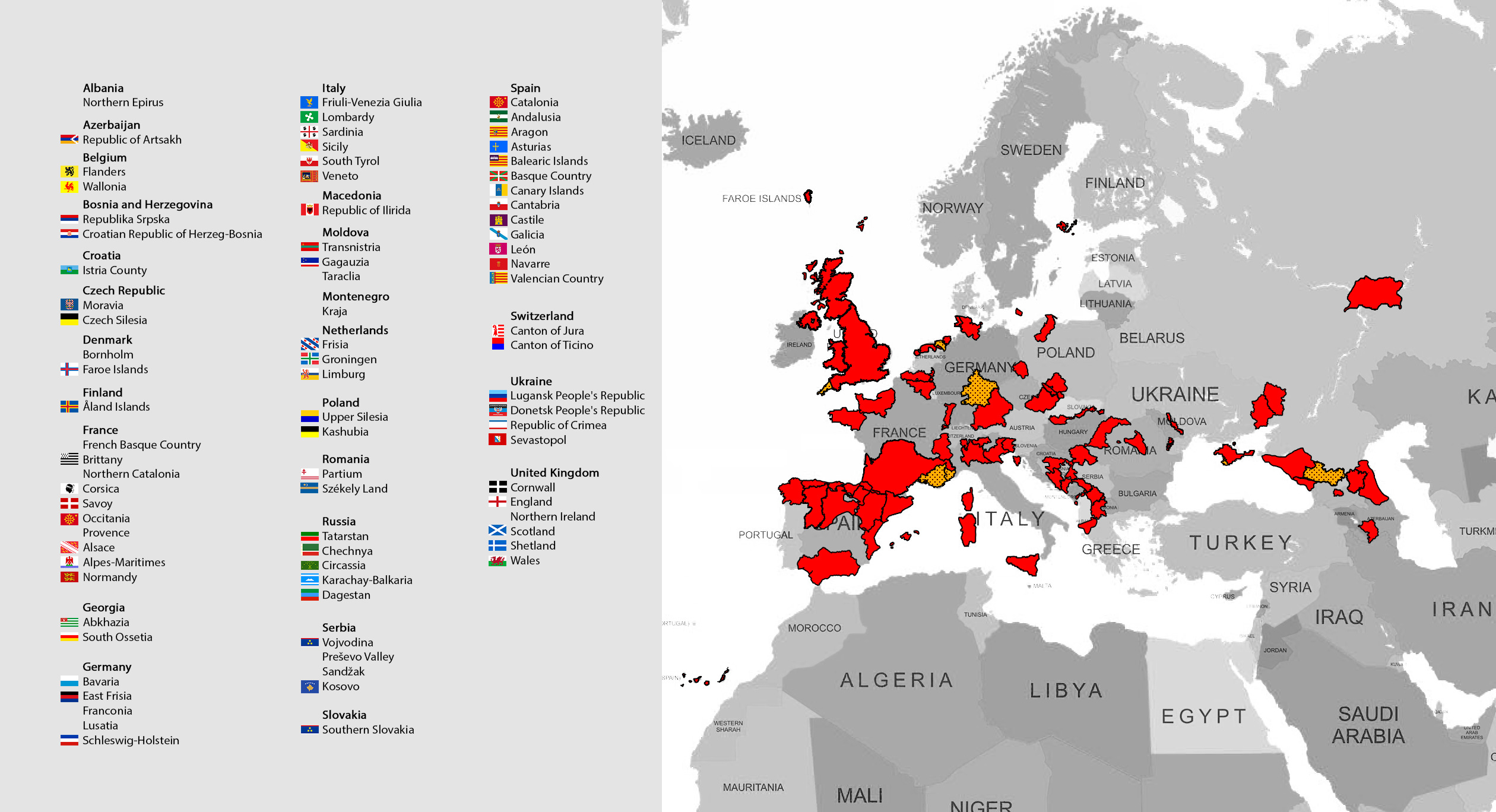 The Secretary General of the Unrecognised United Nations Organisation (UUN), Dr. Giovanni Caporaso Gottlieb, presented the annual report on the situation of pro-independence on different continents in 2020.

The report includes the UUN’s concern for the unfair penalties received by the pro-independence leaders in Catalonia. The Spanish Supreme Court condemned 12 separatists to prison sentences between 9 and 13 years, for supposed sedition crimes, misappropriation of public funds and disobedience. This decision provoked the resumption of very strong protests throughout the region, with a final count of 579 injured among civilians and 288 police officers; in addition, the security Forces and corps made almost 200 arrests.

Catalonia’s situation gives new momentum to all pro-independence supporters in Europe. The Principality of Seborga lived a historic moment when, in November 2019, Nina Menegatto was elected Princess of Seborga, the first woman to occupy the maximum position in this micronation.

The realization of the United Kingdom’s exit from the European Union, in the process known as Brexit, has given new momentum to the Scots, who aspire to another pro-independence referendum. The Scottish Prime Minister and leader of the National Party, Nicola Sturgeon, has reiterated on various occasions that the time to separate from the United Kingdom has arrived, in a context where Scotland considers that the Brexit will harm its local economy.

In the Faeroe Islands’, the triumph of the Popular Party, in the center-right position, in the legislative elections, could give new strength to those aspiring to total independence from Denmark.

In North Cyprus, efforts to achieve a fair, lasting and sustainable political solution are continuing; although conflicts in the south with the Greek-Cypriot persist, committed to not dividing the island with the Turkish-Cypriot people.

The UUN also emphasizes the consolidation of the Pridnestrovian Moldavian Republic (Transnistria), Abkhazian and South Ossetian economies. In the first case, its industrial development improved, as did its energy sector; further, it widened exportations of its products to 90 countries. Meanwhile, Abkhazia went through complicated political moments, because the Supreme Court annulled its presidential elections in September 2019, in which Raul Jadzhimba was the given winner. The opposition didn’t recognise these results, and the Parliament approved the president’s resignation. It will now be necessary to hold new elections. In South Ossetia, there was an escalation in the tension along the border with Georgia, faced with increase in Georgian military forces in this zone. This country has rejected the proposal of putting negotiations with South Ossetia on the table regarding the demilitarization and demarcation of the border. The UUN reiterates the need for political dialogue between both governments to achieve an agreement that is mutually beneficial.

In Canada, the support of the citizens of the Alberta province grew for a possible request for Ottawa to grant a greater autonomy to this province, following the model of Quebec. The approval of Wexit Canada as a political, with the right of being present at federal elections, will make the subjects of pro-independence that form the firm nucleus of this separatist group as being more present in public debates.

In the Middle East, the “Agreement of the Century”  presented by the American leader, Donald Trump to supposedly resolve the conflict between Israel and Palestine has in reality been considered a farse by the immense majority of the international community. This “Agreement” doesn’t take into consideration the right of the Palestine people to return to its lands and to form a State. In front of Washington’s position, Palestine decided to break off all types of dialogue with the Trump Administration.

In Asia, the Reassurance Act signed by President Trump was a boost to the pro-independence aspirations of Taiwan. This Act contains a section that reaffirms the political and economic commitments between Taiwan and the United States and permits the sale of arms for facing China’s threat. The latter country continues to demand a peaceful reunification with Taiwan under the concept of “One country, two systems”, which applies to Macao and Hong Kong.

In Africa, Morocco adopted two laws that allow it to integrate the territorial waters from Tangiers to Lagouira to its maritime space, which represents a new affront to the Saharan people. The usurpation of the West Saharan waters removes any type of negotiated solution with the Polisario Front.

In Oceania, the realization of the pro-independence referendum in the autonomous region of Bougainville stands out. More than 97% of the citizens voted in favor of gaining independence from Papua New Guinea; so this small island of barely 9300 square kilometers in the southern archipelago of Melanesia, could become one of the youngest countries in the world.

The report presented by the UUN recognises that, during the last twelve months, little activity has been detected in the pro-independence movements of indigenous peoples. For this reason, the UUN advises these movements to be much more active so that their just claims can be made known; in addition, it suggests better use of the different platforms of digital social media to make the reality of each people or nation known. The UUN also invites these movements to join this organisation, so as to endow them with an international voice.