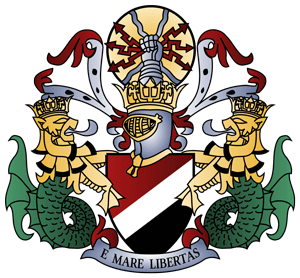 The Principality of Sealand is a micronation, or rather a self-declared State not recognised as such, with headquarters on Roughs Tower, an ex-marine platform used as a naval fort, constructed by England’s Royal Navy in 1942 and located in the Northern Sea, ten kilometers from the Suffolk coast in England; it has established its territorial waters in a radius of twelve nautical miles.
The Principality of Sealand is occupied by the family and associates of Paddy Roy Bates, who coined for himself the appellative His Royal Highness Prince Roy of Sealand. At present this micronation situated a few short miles from England has a government in the form of Hereditary Constitutional Monarchy, now occupied by Prince Michael I of Sealand.

The population on its installations rarely exceeds 5 persons. Burdened with the lack of recognition for its sovereignty and legitimacy, the Principality of Sealand is one of the more known micronations in the world and is often used as a case study for the way in which International Law can be applied a micronation in dispute.