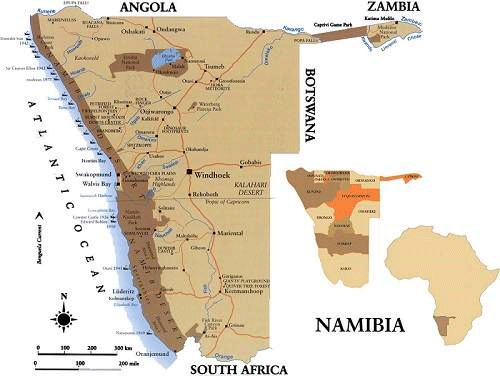 The Rehoboth Basters live in a 14 thousand square kilometers area in the center of Namibia. From 1870 until 1990, this area was named “Rehoboth” and had an autonomous statute. Currently, it is divided into two Namibian administrative provinces, Hardap and Khomas. The climate is hot and dry.
The Rehoboth Basters are the descendents of the European colonists and the South African indigenous people, the Khoi. They then decided to migrate toward Southeast Africa. There they were able to buy a large extension of land from the Swartboois, with the consent of the governors.
Then they developed their own political system, which was used for more than 130 years and guaranteed these People the right to self-determination all through the years of the colonial periods and was recognised by the German Empire and the Government of the South African Union.
During the German colonial period, the Treaty of Protection and Friendship was between the German Kaiser and the Rehoboth Basters, in which the rights and freedom of the Basters were recognised. The Government of the South African Union followed the Empire in 1915 and, from that date, the Military administration has dealt with denying the Basters’ right to self-determination, even though General Botha was one of the strongest defenders of the Basters’ rights.