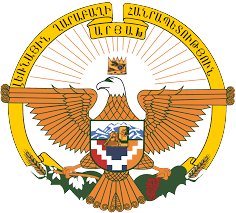 The Nagorno-Karabakh Republic is a de Facto presidential republic independent from Azerbaijan, situated in the Transcaucasia region. It controls most of the Nagorno-Karabakh region and other Azerbaijan districts bordering with Armenia (to the west) and Iran (to the south). Its current president is Bako Sahakyan.

Before the fall of the USSR, the region became the source of controversy between Armenia and Azerbaijan, culminating in a great ethnic conflict and war fought between 1991 and 1994. On December 10, 1991 – during the Nagorno-Karabakh war – the region proclaimed itself an independent republic. Nevertheless, it has not been recognised by any sovereign state member of the United Nations. The Nagorno-Karabakh Republic operates five Permanent Missions and a Socio-Political Information Office in France. There are also Permanent Missions in Armenia, Australia, Germany, Russia and the United States, and is directed towards the Middle East countries, with headquarters in Beirut. The objectives of the offices are to divulge the Republic’s position on several subjects; to provide information; and to facilitate the peace process.