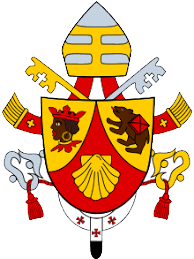 The Haratin, also known as the “Black Moors”, are the largest minority group in Mauritania. Their name, Haratin, is derived from the Arabic word “freedom”, which was applied the freed slaves in 1905, after the Abolitionist Law was put into effect.
Mauritania abolished slavery on three occasions: in 1905 by the French colonial authorities; in 1961, after the incorporation of the Universal Declaration of Human Rights in 1981, after the Decree of the Abolition of Slavery. In addition, Mauritania made slavery a criminal offence with the Anti-Slavery Law of 2007. Despite these legal measures, the problem of slavery continues, affecting about 20% of the 3.5 million inhabitants of Mauritania. The majority of this 20% are exclusively Haratin.
Due to the persistent culture of denial that exists among the elite and the authorities, every attempt made by the international community to report the slavery conditions of the Haratin has been ignored. In addition, the traditional indications of slavery, such as the presence of shackles, are invisible with the Haratin, because they undergo more “modern” types of slavery, such as domestic service.

Even in the occasions when the Haratin slaves have obtained their freedom, they continue to depend economically, culturally and psychologically on their former owners. In addition, they have limited access to economic opportunities or basic services such as education and medical assistance. This increases the widespread belief in Mauritania that the Haratin are inferior to their Arab-Berber counterparts.
Islam is recognized in the Constitution as the “religion of the people and the State”. The majority of the Mauritanians believes in the Sunni interpretation of Islam and support the Maliki School (Islamic Jurisprudence), which postulates the legality of slavery.
Currently, half of the Mauritania’s Haratin population considers themselves to be de Facto slaves. Traditionally, Haratin men work on the farms, while Haratin women are concentrated in domestic work. The activists that fight for the Haradins’ rights with peaceful initiatives are often arrested, beaten, and harassed by the Mauritanian authorities.
Female genital mutilation affects 70% of the women in Mauritania, including Haratin women. The government has adopted a few initiatives to avoid this and has obtained the support of religious leaders; without a doubt, the change in mentality marches ahead very slowly.
The Unrepresented United Nations Organisation (UUN) condemns slavery in all of its manifestations and deplores its practice as a violation of the basic and fundamental human rights contained in international law. These detestable practices impede people from having a dignified life, as well as participating in politics and deciding the direction and destiny of their culture and economy. The Haratins are discriminated against due to archaic traditions that persist in Mauritania, which date back centuries and are not in accordance with interna