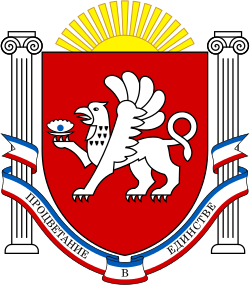 Throughout centuries, the territory of today’s Ukraine has been the stage for the advances and retreats of several conquerors such as the Polish-Lithuanian State, czarist Russia, the Austro-Hungarian Empire and the Ottoman Empire.
The Crimean Peninsula was in the hands of the Greeks, Romans, Mongols and other empires and former invaders. In 1475, it was occupied by the Ottomans assisted by Tatars who already had part of the area under their control. These two communities held dominion until 1777 when they were defeated by the czars’ regime.
It was maintained as part of the Russian Empire since 1783. At the end of the Napoleonic Wars, Great Britain, Russia and Prussia had signed agreements that allowed four decades of peace in Europe. However, in 1854, and for two years, the so-called Crimean War took place. During this war, the Russians again faced the Ottoman Turks, aided at this second moment by a British-French alliance.

Starting in 1917, a large number of settled in Crimea who were nationalists and opposed the Bolsheviks who deposed Czar Nicholas I. In 1921, at the end of that civil war, Crimea became an autonomous republic as part of the Soviet Union, and it was ceded to the area’s Tatars. During World War II, it was occupied by the Nazis, who managed to hold the territory until 1944 when it was freed by the Red Army.
In 1945, Josef Stalin decided to relocate the Tatars to areas of Central Asia, accusing them of having collaborated with the Germans. In 1954, the president of the USSR at that time, Nikita Kruschev, decided to transfer that enclave to the Ukraine as a personal “gift” to his native country.
In 1991, When the Ukraine became independent, disputes arose between Kiev and Moscow over Crimea, especially over ownership and location of the Black Sea Fleet. In 1997, an achievement was reached whereby Russia acquired 80% of the naval squadron and it was awarded a 20 year lease of the the port of Sevastopol.