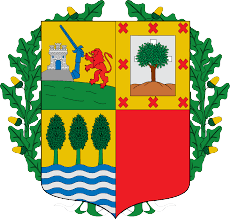 Since October 25, 1979 the Autonomous Community of Spain, better known as Basque or Euskadi Country, was declared and recognised as a Nationality by its Autonomous Statute and by the Spanish Constitution. Its citizens are called Basques and Euskeras.
Officially, Basque or Euskadi Country’s capital is Victoria, in Alava, where the Parliament and the headquarters of the Basque government are found, whereas Bilbao is the most highly populated city of the Basques and Euskadies. The Basque or Euskadi Country is an Anonymous Community in Spain located in the extreme northeast of the Cantabrian strip, bordering to the north with the Cantabrian Sea and France (Aquitaine), to the south with La Rioja, to the west with Cantabria and Burgos and to the east with Navarra.

In addition to Castilian, the Basques speak Euskera, known as the lingua navarrorum in Latin, for having been the most popular of the Navarro Kingdom, without any relation to the rest of the world. It is thought to be the only pre Indo-European language in modern Western Europe, maintained thanks to Basque and Euskera nationalist races. The Autonomous Community of Spain, known as Basque or Euskadi Country, has a large amount of industries concentrated there and is one of the richest regions in Spain and Europe, with the average of its Gross Domestic Product (GDP) going from 89.6% in 1990 to 117.1% in the year 2002 – one of the highest in the Eurozone – whereas that related to industry and construction went from 125.6% in 2005 to 137.2% in 2008, also one of the highest in the group of the common currency.