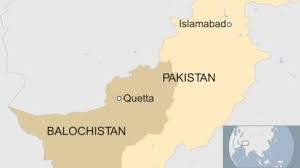 More than 20% of the Baloch population lives in southeast Iran, in the area known as Baluchistan, although the majority lives in East Balochistan (Pakistan) and a small number are located in Afghanistan.
The parts of West Baluchistan were divided into three neighboring provinces, in southeast Iran: Khorasan, Kerman and Hormozgan. Most of the Iranian Baloch are Sunnite Muslims and the national language is Balochi.
The Baloch have traditionally been nomads, even though, in recent times, many have decided to use their skills in becoming farmers. Even though the territory is rich in gas, oil, gold and other minerals, the West Baluchistan people have not been able to benefit from their vast resources because of the occupation of their lands and the lack of support from any of the diverse regimes.
West Baluchistan was annexed to Iran in 1928 by Reza Shah Pahlavi, who snatched the power of the Qajar dynasty with a military coup d’état, supported by the United Kingdom. Iran’s Pahlavi dynasty marked the beginning of the centralized state, based on Persian characteristics, where the Persian language and Shiite religion became prominent, leaving the Baloch People unable to defend their rights before the Iranian regime. Iran became an Islamic Republic in 1979 and the Shah Mohammed Reza Pahlavi had to flee into exile. The new regime prohibited political organisations and in 1981 the violence broke out against Baloch political activists, many of whom were imprisoned and tortured.

The Baloch People in Iran suffer from the constant violation of their economic and cultural rights are usually treated as third category citizens. They face discrimination, particularly in relation to political participation and the work market. Those who dare to spread the Baloch culture and their language are declared traitors against the state and assimilation policies made by the Persian State. This has had a bearing on the loss of the Baloch People’s identity.
The Unrepresented United Nations Organisation (UUN) condemns the military actions against the Baloch People. These operations have caused massive displacements of the people, murders disappearances and massive imprisonment in West Baluchistan. The Unrepresented United Nations (UUN) considers the discrimination against the Baloch unacceptable, especially in the economic and political spheres. In addition, the Unrepresented United Nations (UUN) condemns every type of violation of individual freedom, and freedom of expression, and supports the promotion of the Baloch people’s culture and language.
One of the most important organisations of the territory is the Baluchistan People’s Party, which fights for reaching the Baloch People’s sovereignty, within a secular, federal and democratic Iran. This party is one of the founders of the Congress of Nationalities for a Federal Iran, which consists of parties and organisations that represent Arabs, Azeris, Turks, Balochs, Kurds and Turkish Kurds.