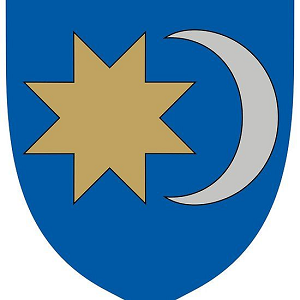 The majority of the Hungarian people live in the Székely Land or Szeklerland, in the Transylvania region. The area has borders with the Carpathian Mountains to the east and the south, with Ukraine to the north, with Hungary to the east and with several territories belonging to the ex-Yugoslavia to the southeast.
According to the last census taken of the Romanian population, more than 1.5 million people (6.6% of the Romanian population) consider themselves to be “Hungarian”. The Hungarians in Romania constitute 20% of the Transylvanian population and they make up the majority in the Szekler Region (Harghita and Covasna counties). Of the 22 ethnic minorities in Romania, the Hungarians constitute the largest.
Transylvania is one of the most economically advanced regions in Romania. Its main riches are concentrated in mineral resources, among which are found lignite, iron, magnesium, gold, copper and natural gas. There are several steel, chemical and textile industries. Agriculture, wine production and the cultivation of fruit trees are other important sectors in the economy. Transylvania represents about 35% of Romania’s GDP.

More than just a few Hungarians in Romania demand this People’s autonomy. For diverse reasons, among which are found:
- The lack of ethnic representation in all areas of society. The principal government positions are only filled by with persons of Romanian ethnicity.
- Access to the following positions is not granted to Hungarians: Personal Officer in the Romanian army, the police and the secret police, Personal Official of institutions like Courts of justice, public or revenue offices, prefecture, criminal authorities, revision and control authorities.
- Discrimination against Hungarian organisations in favor of Romanian Nationalist institutions and Romanian political parties.
- Governmental backing of colonization carried out by the Romanian Orthodox Church in regions populated mainly by the Hungarian ethnicity of the Catholic, Calvinist or Lutheran religions.
- The use of Hungarian national and cultural symbols is blocked.
- The use of the Hungarian national color and national anthem is prohibited or restricted.
- Limitation of the rights of peaceful assembly and freedom of speech.
- Dictatorial electoral laws and dictatorial laws for regulating political parties. The law that regulates political parties in Romania is formulated in such a way as to be impossible to form political parties that represent Transylvania.
- Prohibition of ethnic self-determination; prohibition of autonomy.
- Much more of the taxes collected annually are assigned to the city of Bucharest than to all of Transylvania.
With the fall of the Communist regime presided over by Ceausescu, the Democratic Alliance for the Hungarians in Romania (known by its English initials, DAHR), [www.dahr.ro] which represents the interests of this minority, was formed.
After the results obtained in successive elections, carried out beginning in 1990, the DAHR has become an important factor in the Romanian political life, because it has assumed the difficult role of strengthening the Romanian democratic system and the promotion of social and economic reforms.
Among DAHR’s fundamental objectives are:
- To continue with the fight for international respect and recognition of the fundamental freedoms of the Hungarian community in Romania.
- To develop the social conditions that allow the citizens to freely assume and preserve their ethnic identity.
- To increase the autonomy of the local public administrations and local communities based on the principle of self-government.
- To codify the legal status of national minorities beginning with other practices assumed in Europe, which includes the use of different forms of autonomy.
- Guarantee that the Hungarian minority can use its mother tongue in private and in public life.
- The establishment of an independent system for cultural institutions.