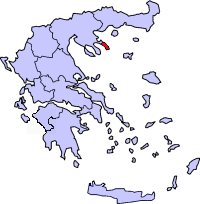 Mount Athos is the name given to the mountainous area that shapes the easternmost peninsula of the three that extend towards the south of Central Macedonia, north of Greece; that is the Autonomous Monastic State of the Sacred Mountain.
Mount Athos is the seat of 20 Orthodox monasteries (Greek, Romanian, Russian, Bulgarian, Serb and Georgian) that form an autonomous territory under Greek sovereignty: the Autonomous Monastic State of the Sacred Mountain. This frees them from laws, both from Greek laws as well as laws coming from the European Union, and allows them to prohibit women from entering the territory; nor is Mount Athos required to follow the Schengen Agreement.
The Autonomous Monastic State of the Sacred Mountain’s form of government is an Elective Monarchy. It consists of 20 Orthodox monasteries with a capital and administrative center located in Karyes, where the governor that represents the Greek State has his roots. In addition to the 20 Orthodox monasteries, there are 12 small communities of monks, called sketae, as well as several hermits on Mount Athos. The spiritual jurisdiction lies within the Ecumenical Patriarch of Constantinople and the government in the Sacred Community (Iera Koinotita), formed by 20 monks who represent the 20 Orthodox monasteries.