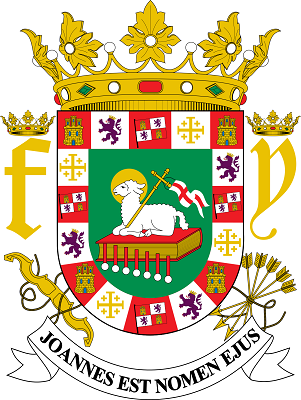 For 400 years, Puerto Rico  was a Spanish Colony. Later, after the Spanish-Cuban-American War, it came under the control of the United States and in 1900, the Congress of that country approved the Foraker Law which legalized its possession of the island. This way, Puerto Rico was under its legal control and left the appointment of a governor in the hands of the White House. In 1917, the Puerto Rican residents were recognised as United States citizens through the Jones Law.
At the end of the ‘40s, the UN demanded a decolonization process throughout the world. In the face of this the United States proclaimed Puerto Rico a Free-Associated State, in 1952. This allowed Puerto Rico  to draw up a constitution, however, supreme power was kept in the hands of the United States Congress.
Today, the Puerto Ricans are facing the dilemma of three possible options: keeping their present status, annexation as the 51st State of the Union, or truly becoming an independent State.

The Puerto Rican pro-independence movement has been struggling for more than a century and its strategies have gone from an armed front up to the search for independence through the electoral procedures. These days, a large number of social groups, political parties, and people around the world support Puerto Rico’s independence and even though there is a stalwart patriotism among the Puerto Rican population, Puerto Rico  the truth is that the polls show that they prefer maintaining their current condition, fearing an economic crisis that could occur with total independence. In the status referendum of 2012, only 5.5% of the citizens voted in favor of the separation and the majority proposed becoming another State in the American Union.
The United States has dealt with preventing , using various strategies, the rise of pro-independentists. It used two programs during the XX century: COINTELPRO and Carpetas. The first was created by the FBI to survey and discredit the political pro-independence organisations in Puerto Rico, whereas, through “Carpetas” they illegally compiled, on the part of the local police, ample volumes of information on the Puerto Rican political leaders. Approximately 750,000  people were under investigation.
At present, Puerto Rico’s independence frightens the elite within the United States; however, sovereignty frightens the other part.