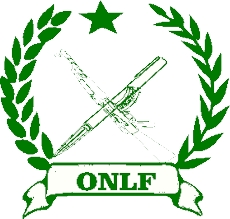 Ogaden is also known as the Western Somali Region or Ogadenia. It is situated in the westernmost region of Ethiopia and borders with Djibouti to the north, Kenya to the southwest and Somalia to the north, east and south. The region’s capital has been Jijiga since 1994.
Demographically, the region is dominated by the Somali ethnicity, which constitutes approximately 95% of the total population. For a long time, they have sought cooperation with the rest of Somalia and to also end the years of Ethiopian occupation. These sentiments caused a large part of the antagonism toward the Ogaden war during the seventies of the XX century, when Somalia invaded Ethiopia in support of the local guerrillas.
The region has an estimated population of about 4.5 million. About 95% of them are Muslim. Due to the years of war and negligence by the Ethiopian government, the quality of life in the Ogaden region has deteriorated. On average, around 7 people live in each house; access to drinking water is very limited (barely 38% of the population). The illiteracy rate is extremely high and infant mortality is at 57 to every 1,000 life births.

The Unrecognised United Nations Organisation (UUN) has repeatedly condemned the violence of the by the Ethiopian Armed Forces and the marginalization of the Somali in Ogaden. Decisions about sovereignty cannot be adopted through the use of force, but on the negotiation table, on which respect towards the principles of self-determination, democracy and tolerance come first. The Unrecognised United Nations Organisation (UUN) feels that the population of Ogaden alone has the authority to decide regarding its future.
One of the most important organisations of the region, which fights for the self-determination of Ogaden, is the Ogaden National Liberation Front. They have demanded before international organisations that the hostilities against the Ogaden people cease and that they be given the right to self-determination, as well as the need to end the armed Ethiopia occupation. The Ogaden People, as a sovereign nation, has the right to control its destiny and the Front assures that the fight will continue while Ethiopia continues to be unyielding in regards to conceding the rights and desires of the Ogaden People. The Front has called for not participating in sham elections convened by Ethiopia, because they consider this to just be a public relations operation, designed to calm the opinion of the international public and to hide the colonial nature of the Ethiopian regime.
The Ogaden People’s fight, and their movement, is on the road to obtaining the right to self-determination. These People have never been, historically or politically, part of Ethiopia. Furthermore, they plead for the application of the United Nations’ chapter and its resolutions where they call for the elimination of Ethiopia’s colonialism.