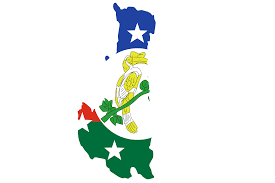 At the time of gaining its independence from Great Britain in 1948, Chinland or Chin State, through the Panglong Agreement, tried to form a Union that guaranteed equality and justice among its co-founders. Nevertheless, when this Union was completed, materialized from the Constitution of the Burma Union (1947), the Chinland or Chin State, like other nationalities, lost their right to self-determination and they could no longer administer their territory or enjoy their democratic rights. This gave rise to a civil war; to end it, the non-Burmese nationalities held a conference in Tauggyi, the capital of the Shan State, in 1961 and proposed solutions for reforming the country into a federation, with democratic rights and equality in representation.
These intentions of the non-Burmese nationalities were destroyed by the coup d’état in 1962. The military regimen was unwilling to form the Federation and launched a ferocious campaign to arrest, torture and kill those Chin citizens that opposed them. Under this regime, Chinland or Chin State not only lost its rights, but also suffered the loss of its literature, culture and traditions.
The Unrepresented United Nations (UUN) feels that a genuine democracy must be established in Chinland or Chin State, one that will allow a federal union with national rights to secession. In addition, a federal army that guarantees peace, the laws and order within the territory of Chinland or Chin State, must be formed.