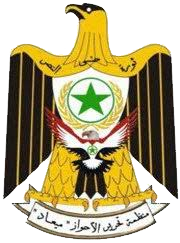 The Ahwazi Arabs are one of the largest minority groups inside Iran and are predominately situated in the province of Al-Ahwaz. This place is also known as Arabistan or Khuzestan and is found in the Southeastern portion of Iran.
The population of Al-Ahwaz is almost 6 million, of which approximately 4 million are Arabs. There are about 2 million Ahwazi Arabs have fled to other provinces at the beginning of the war between Iran and Iraq.
According to the Iranian government, Al-Ahwazi appears as the Iranian province with the third highest GDP, due to its oil reserves. Yadavaran Field, located in the Al-Ahwazi region, is estimated at being one of Iran’s main oil reserves and analysts feel that there are still up to 17 billion barrels of the so-called “black gold” there.
The Unrepresented United Nations (UUN) sustains Ahwazi’s needs with the Iranian government so that the latter will comply with international commitments and respect of this ethnic minority’s human rights, as well as Al-Ahwaz’s environment.

The Unrepresented United Nations feels that the Iranian government will have to offer higher regional authority to the area of Al-Ahwaz. This process will have to be conducted by all Iranians as part of a peaceful domestic reform. The UNPO condemns the Islamic republic of Iran’s denial of the cultural and national identity of Al-Ahwazi.
The Democratic Solidarity Party of Ahwaz (DSPA) is the region of Al-Ahwaz’s representative before the Unrepresented United Nations. The Democratic Solidarity Party of Ahwaz (DSPA) has the objective of creating a civil society that promotes the Ahwazi’s rights as a minority Nationality in Iran. The Democratic Solidarity Party of Ahwaz (DSPA) doesn’t dispute the territorial integrity of Iran, but it feels that this is a multinational country, with multiple languages and multi-cultures. Furthermore, the Party feels that a pacific reform to the present system of government and the establishment of a secular, democratic, federal republic in which all minorities are represented and have a voice, are essential.
As happens with all human rights activists in Iran, the Al-Whazis undergo constant oppression by the government, including arrest and torture, with judgments where the accused doesn’t even have at least legal representation. As if this weren’t enough, due to their ethnicity, some are falsely identified as separatists by the central government, which has held a suspicious position towards the Ahwazi Arabs ever since the war with Iraq.
The situation of the minority Ahwazi Arabs has been a worrying point for international groups such as Amnesty International, Human Rights Watch, as well as for the European Parliament, the United Nations and the North American State Department.