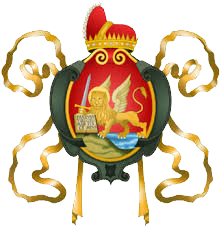 The new Veneto Republic will be inspired by the ancient Republic of Venice, a rich economic, cultural and commercial power that existed from the VII century, until it fell under Napoleon Bonaparte’s power in 1797. Its definitive integration to Italy came about several years later.

“We want to end being part of a country that is up against a wall. Nothing works,” Nicola Gardin affirmed for this party. “Italy is being crushed by the enormous level of public debt, thousands of businesses have closed and we’ve lost count of the number of people who have committed suicide in Veneto,” he assured.

“We have our own identity, history and culture. Before Italy was a nation, Venice was the first democratic republic which lasted for 1000 years,” Federico Caner, regional leader of the Northern League – majority party of Veneto – reminds us. The region pays some 71 billion Euros in taxes to Rome, 21 billion Euros more than it receives in investments and services.

Despite protests that the whole intention of seceding from Italy is unconstitutional, the regional governor, Luca Zaia, declared that secession is an option in accordance with international law.
After having been a very poor region, Veneto has become one of the richest regions in the country. Agriculture continues to have an important role. For example, Veneto is one of Italy’s greatest producers of viticulture. Valpolicella and Prosecco are two typical Venetian wines.

In addition, the industrial revolution has made the region’s transformation possible. There are refineries and shipyards along the coasts. Noale, in the Venetian province, is the headquarters for the motorcycle maker, Aprilia. Italy’s largest thermoelectric central is in Porto Tolle, in the Rovigo province. The fashion industry is very strong there: Geox and Diesel are Venetian trademarks.