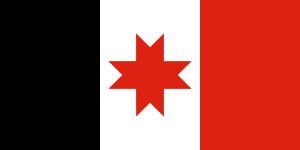 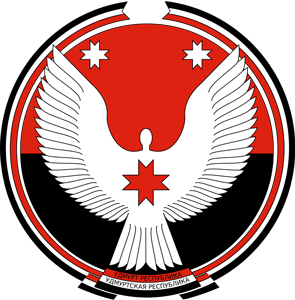 The Republic of Udmurtia is located in the Russian Federation and is located in the eastern portion of the East European plain, between the Kama and Vyatka rivers. It has a surface area of 42,100 km2, which in terms of size is similar to Switzerland. Its capital is Izhevsk.
Oil, peat and mineral water are among Udmurtia’s most important natural resources. The oil reserves are estimated at almost 800 million tons. Experts indicate that between 7 and 8 million tons of oil are extracted from this territory every year, most of which is exported.
More than 100 different nationalities live together in Udmurtia, even though Russians predominate (60.1%), 29.3% are native Udmurts and 7% are Tartars. The most spoken languages are Russian and the Urdmurt language, of Uralic origin. More than two-thirds of the world’s Udmurt population live in Udmurtia.

Udmurtia began as an historic state, called Ar begs, that was united to Russia. Before November 4, 1920, when the Autonomous Oblast of Votsk was formed, the territory of modern Udmurtia was divided between the governments of Kazan and Vyatka. On January 1, 1932 the Autonomous Oblast of Votsk was renamed as the Autonomous Udmurtian Oblast, which was later reorganized as the RASS of Udmurtia on September 28, 1990. Udmurtia’s constitution was adopted on December 7, 1994.
In 1995, the Russian Federation and Udmurtia signed a series of agreements that define the responsibilities of the Federation and the Republic, with respect to the diversion of state property, law and order, industry, use of oil and forest resources, as well as environmental protection. Despite the progress made, rights regarding freedom of speech, education and the culture of the Udmurt People are still being violated.
One of the most important organisations of this territory is the Udmurt Council, whose objective is to assure a healthy environment and, also, an equal education for the Udmurt People in which the children can receive this education in their own language. In addition, the Council promotes administration of the economy beginning with the interests of the native Udmurt people and supporting the legitimate right of the Udmurts to self-determination.