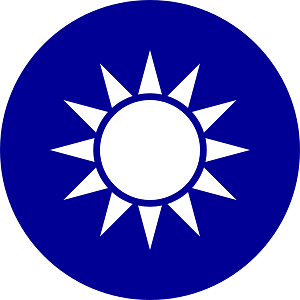 The island of Taiwan is 120 kilometers southeast of the Chinese coast, has an area of 35,980 km2 and is surrounded by the Eastern Sea of China to the north, the Philippine Sea to the east and by the Luzon Strait to the south. Taiwan’s population is approximately 23 million people. Its official name is, according to the Constitution, is the Republic of China (ROC), and is considered a multiparty democracy that seeks full participation in international organisations, like the World Health Organisation and hopes for a place in the United Nations.
Since 1991, the Taiwan Government abandoned its petition to represent all of China and, in its place, it decided to represent only the people of Taiwan. This country’s main preoccupations continue to be its difficult relations with the People’s Republic of China, which considers Taiwan a part of its territory and maintains that it has the “right” to use Taiwan’s strength, if necessary.
Taiwan is famous around the world for its economic development and for the steps made toward democratization. Nonetheless, as a result of its being unrecognised by the United Nations and other countries, together with Chinese threats, Taiwan has become a precarious state in the international arena, impeding the Taiwanese from completely enjoying its economic prosperity.

China has not given up on its “right” to employ force to impede Taiwan’s independence, nor has it withdrawn the missiles aimed at Taiwan. The Unrepresented United Nations Organisation (UUN) feels that Taiwan must be recognised by everyone since this delay impedes the Taiwanese people from exercising their right to self-determination.
The Unrecognised United Nations (UUN) advocates for a nonviolent and democratic solution to all of the disputes existing between Taiwan and the People’s Republic of China; therefore, the Unrecognised United Nations (UUN) doesn’t believe that the increased presence of China’s military force in the Strait of Taiwan is positive, nor that China stands by the use of force to impede any pro-independence intentions from Taiwan.
In addition, the Unrecognised United Nations (UUN) considers the democratic path followed by Taiwan as positive, and that it has contributed to the flowering democracy in the Asia-Pacific region. Currently, more than 20 countries have recognised Taiwan; even though China continues to pressure for not accepting Taiwan into the UN and its organisations, even though the important role played by Taiwan in other organisations, such as the World commercial Organisation, the Asiatic Bank for Development, and the Asia-Pacific Economic Cooperation is undeniable.
One of the most important organisations that represent Taiwan’s pro-independence interests is the Taiwan Foundation for Democracy (TFD).