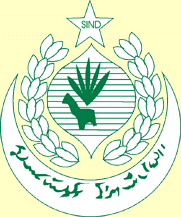 The Sindh territory is a fertile valley in the Indus River region. It borders to the south with the Indian Ocean, to the east with the Thar Desert that enters Rajasthan, India, to the west with the Khirtar Mountains and the Punjab Plain to the north.
In 1947, when the British colonists decided to abandon India, instead of restoring Sindh’s original status of independence, they opted for asking the Sindhi which country they would rather join: India or Pakistan. As they were not given another option – for example, independence – the Sindhi decided to join what was then the recently created state of Pakistan, because in the Pakistani Resolution of 1940 it was promised that “the constitutional units will be autonomous and sovereign.”

This resolution was never complied with for Sindh. One of the most important organisations for these People is the World Sindhi Institute (WSI), which is committed to the non-violent fight so that the Sindhi who live in the southwestern part of Pakistan can exercise their human rights. The WSI joins the Sindhi of all religions and geographical locations in a proactive, progressive movement, whose objective is to inform the entire international community about the continuous violation of the Sindhi’s rights, as well as other atrocities that occur in Sindh.
The WSI feels that achieving social stability and a sustainable economy is possible in Sindh and in all of Pakistan through principles of non-violence, human rights, justice and respect of the environment. Among the main demands, defended by the WSI for this People in Pakistan seem to be: laicism (separation of state and religion); democracy (a military regime exists there); demilitarization (civilians, not the military, will have to govern; decentralization (each province must be autonomous and sovereign, according to the Pakistani Resolution of 1940); and nuclear disarmament (Pakistan must rid itself of all of its nuclear arms).