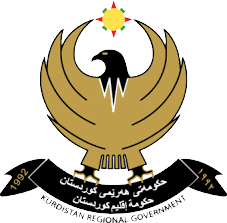 Kurdistan refers to a territory of 520,000 square kilometers, which extends through several countries in the Middle East (Iran, Iraq, Turkey and Syria). The Kurds in Iraq live in the north, in an autonomous area of 36,000 square kilometers, with Erbil as the capital.
The total population of the Kurds exceeds 30 million. 4 million Kurds live in Iraq alone, and control their own administration. In addition to the Kurds, other ethnic groups, such as Assyrians, Armenians and Iraqi Turks, live in Iraqi Kurdistan.
Kurdistan is a zone that is rich in mineral resources (uranium, copper, chromium, iron, and petroleum. There are many facts in the history of this people that have marked its development. For example, in 1920, after the dissolution of the Ottoman Empire, the Kurds were promised their own state; however, none of this materialized. As a result, the southern part of Kurdistan was incorporated with Iraq. In the 1980s, the now ex-president Saddam Hussein began a prolonged genocide against the Kurdish population. These terrible actions provoked the death of almost 200,000 Kurds. In 1991, after being defeated by the Allied forces in the Gulf War, Hussein’s army withdrew from almost all of the areas in Iraqi Kurdistan. The United Nations created a refuge in the Kurdistan area, with the objective of protecting the civilian Kurdish population.
A decade after the United States’ armed intervention – which ended Hussein’s regime – Iraqi Kurdistan continues to deal with consolidating itself as a democracy. The territory is now more peaceful and its economy grows at a rhythm of more than 11% annually. Foreign investors also seek new projects, especially in the oil fields controlled by the Kurds. Exxon, Chevron, Gazprom and Total are some of the multinational companies that have signed contracts with the officials. The culmination of a new oil pipeline from Kurdistan to Turkey will allow, within due years, the exportation of up to a million barrels of oil a day.
Turkey is now one of the Kurds’ closest allies and the one that has pled the most for the establishment of self-governed Kurdish communities, from Syria to the Iraq-Iran border.
Two of the most important political organisations in the region that have a greater autonomy of Iraqi Kurdistan of Bagdad as a common objective, are the Kurdistan Democratic Party (known by its initials KDP) and the Patriotic Union of Kurdistan (PUK).