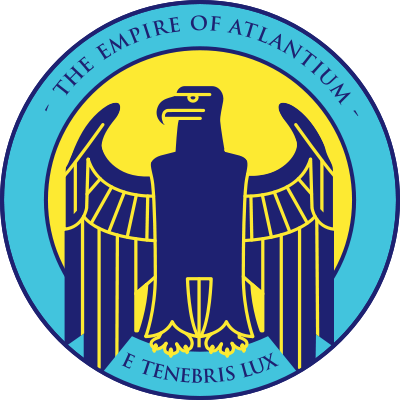 The Empire of Atlantium is a micronation headquartered in Sydney, Australia; George Francis Cruickshank (Jorge II) created it on November 27, 1981 under the form of a non-territorial global government.
The Empire of Atlantium arose as a response to a perceived increase in undesired political influences. A unilateral declaration of independence from the Commonwealth, organisation of the British Commonwealth to which Australia belongs, carried out undisturbed by George Francis Cruickshank, John Duggan Geoffrey and Duggan Marie Claire, all residents of Sydney Australia. The three founders simultaneously claimed an enclave of 10 square meters as a provisional territory, located in the southern part of a Narwee suburb in the surroundings of the city of Hurstville.
In this micro space of Sydney, Australia, George Francis Cruickshank was acclaimed Emperor and assumed complete executive power and legislative and judicial authority as his Imperial Majesty Jorge II.
The preceding history of the Empire of Atlantium set up in Sydney, Australia is comprised by two phases: pre-foundation (1981-1990), and post-refoundation (1999 until the present); these were separated by a period of economic, political and social void. The Empire of Atlantium has no capital; neither does it have an exact area nor defined religion.