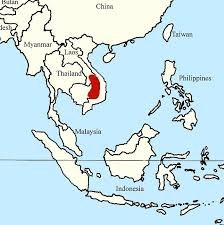 The Degar - Montagnard Peoples’ life-style, their historical struggle for autonomy and their alliances with France and the United States during the war, caused them to be called now, in Vietnam, “moi” or savages and are considered to be a threat to the country’s domestic security. Since the reunification of Vietnam, the government of Hanoi has constantly committed abuses against the human rights of the Degar - Montagnard People.
No foreigners have been allowed to visit the Central High Mountains (home of the Degar - Montagnard People) since 1992; however, as of this date, the restriction has been lifted and tourists can already access parts of this region, although certain areas continue to be forbidden. Independent international organisations, such as Human Rights Watch have not been able to enter Vietnam to monitor human rights.
In February of 2001 thousands of representatives of the Degar - Montagnard People peacefully protested in three of the four provinces of the Central High Mountains. The objective of the manifestation was to demand the end of the systematic abuses of their human rights, especially the rights regarding territory and religious freedom, as well a the right to self-government.
The Vietnamese government’s answer was to deploy its military forces into the region; since that moment they have interrogated, arrested, beat and tortured the Degar People more than ever. Martial law is actually in force in this zone and the situation has deteriorated so much that thousands of Degar - Montagnard Peoples have opted for crossing the border and immigrating to Cambodia.