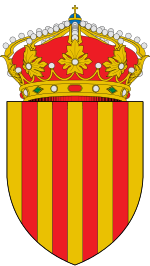 The Autonomous Spanish Community of Catalonia is considered as a historical nationality, for which the Catalonians are very deep-rooted in their language. On the north, it borders with France (Mediodía-Pirineos and Languedoc-Roussillon) and Andorra, to the east with the Mediterranean Sea along a maritime strip 580 kilometers long, to the south with the Valencian Community (Castellon), and to the west with Aragon (Huesca, Zaragoza and Teruel). Such a strategic situation has favored a very intense relationship of the Catalonians with the territories of the Mediterranean Basin and Continental Europe. Catalonia is formed by the provinces of Barcelona (in fact, its capital is Barcelona), Gerona, Lerida and Tarragona.